You’re subject to a tax investigation…

But do you have to send HMRC all the information they’ve asked for?

You’ve received the letter from HMRC announcing they are enquiring into your tax return.  HMRC will typically say what concerns them – a certain transaction or potentially omitted income or capital gain – and you’re into the first round of correspondence. 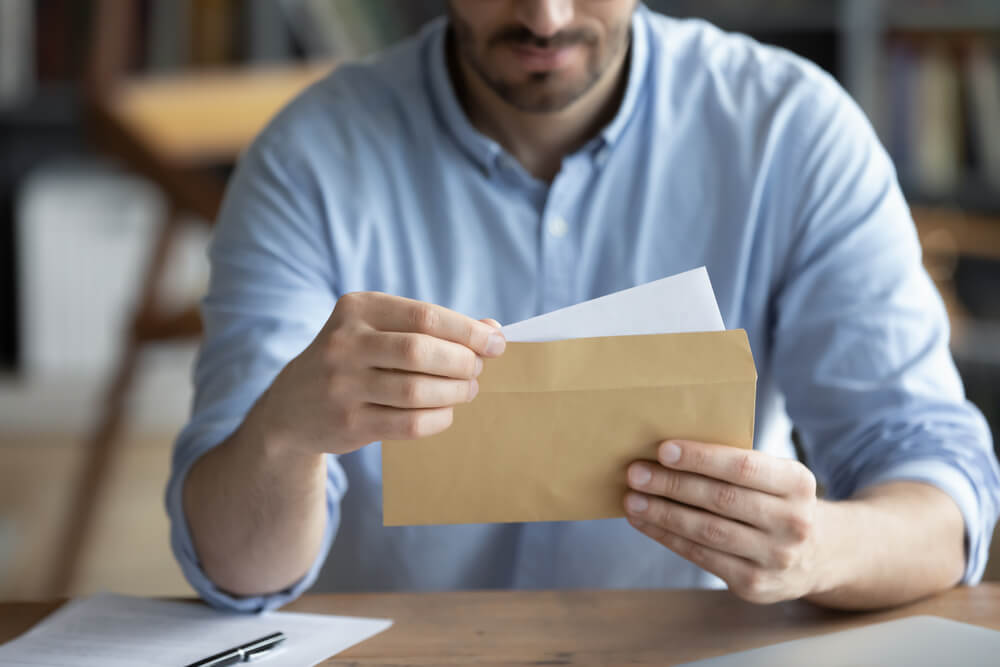 Are HMRC acting under their statutory powers?

At this stage, it is important to understand if HMRC are making enquiries under their statutory powers – for example have they issued a formal notice of enquiry under Section 9A TMA 1970 – or have they got in touch seeking information but on a non-statutory basis –a sort of “fireside chat” you may have had with your grandfather.

Great care is needed responding to non-statutory enquiries as incorrect or false statements can make a bad situation much worse.  Providing help may head off a tax enquiry but if misunderstandings arise, a more serious tax enquiry will follow.  In most cases, the better course of action is to ask HMRC to make their enquiries under their statutory powers as that engages the statutory protections available to the taxpayer.

How to deal with the opening letter from HMRC?

In an enquiry under Section 9A TMA 1970, the opening letter to the represented taxpayer will say what is being investigated, and the letter to the taxpayer’s agent, usually their accountant, will ask for detailed information.

At this stage, HMRC will have a good idea of what troubles them and the risk to their tax revenue but they will not know what information you hold, the advice you have taken, or the decisions you have reached in relation to your tax affairs.  The normal course of action following the opening of their enquiry is to make informal enquiries rather than issue a statutory notice for the production of information.  The question is how you should respond and usually the best course of action is to engage with HMRC.  Normally that will be through your tax agent, as mentioned, usually your accountant.

Information provided to HMRC has to be correct and accurate, but does that mean you should answer every question?  It is helpful to have in mind that if HMRC have to fall back on their statutory powers for the production of information, in a Schedule 36 Notice, the requirement is the information requested has to be reasonably required for the purposes of checking the taxpayer’s tax return.

What information can be demanded by HMRC?

The documents that can be demanded are those affecting past, present or future tax liabilities.  In essence, these statutory powers are wide ranging but are limited with certain protections that the information demanded must be “reasonably required for checking the tax position.”

Of course, taxpayers rarely enjoy the experience of a tax enquiry, and they can often feel that HMRC are just on a fishing expedition hoping that something will turn up to their advantage.  The classic example is HMRC requesting personal bank statements when enquiring into the tax position of a business, but other examples exist. 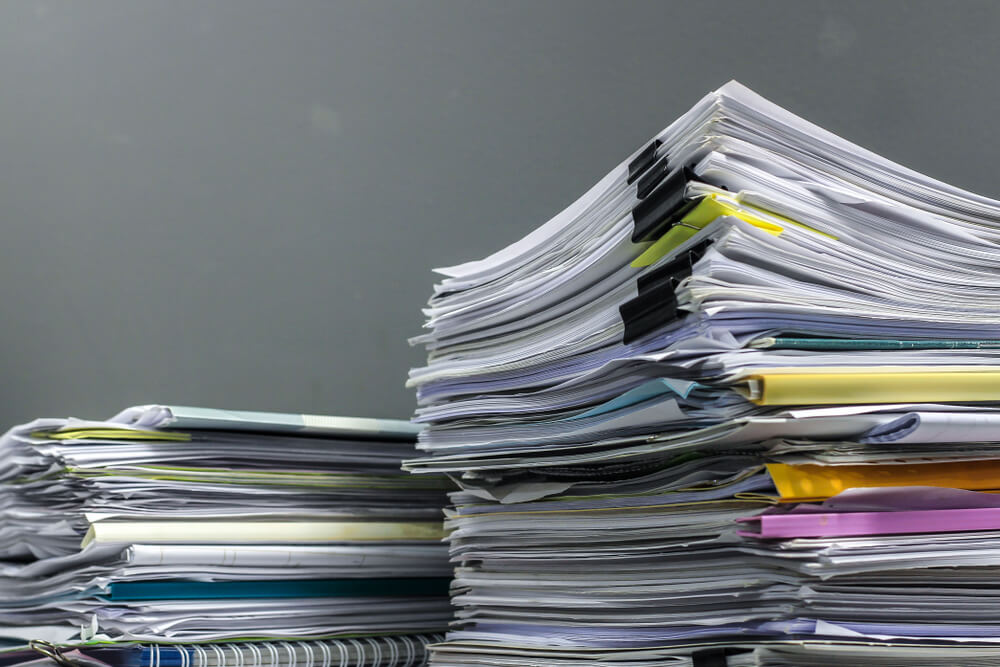 Against this background, responding to HMRC with the information the taxpayer considers is reasonably required puts HMRC in the position of assessing if their original request went too far and if the taxpayer has indeed done enough to satisfy their enquiries.  Usually two or three rounds of correspondence will be needed to determine the position.

If HMRC are dis-satisfied with the information provided, or if no information has been provided, the next stage is the issue of a Schedule 36 Notice.  This is a statutory notice and penalties will be payable if it is not complied with – a first penalty of £300 and then daily penalties of £60, which can mount up quickly.  These penalties can be appealed if you have a reasonable excuse for non-compliance.  There is also a penalty for providing inaccurate information to HMRC or failing to remedy inaccurate information as soon as it is discovered to be inaccurate.  That penalty is £3,000 for each inaccuracy.

When considering whether to appeal a Paragraph 36 Notice, there are some no-no’s for HMRC.  As mentioned, personal records are often one such area, as are medical records.  It should also be remembered that documents covered by legal privilege may not be obtained by HMRC, either litigation privilege or legal advice privilege.  HMRC may not also use the Schedule 36 Notice to demand subjective opinion or opinion.  In other words, it is not the mechanism to engage in a technical argument with a taxpayer.  And finally, if your tax appeal is already underway and making its way towards the Tax Tribunal, the Paragraph 36 Notice should not be used to obtain further information as that should have already been obtained before HMRC issued their decision.

Should I have a bonfire?

If it is the onset of autumn, or you’re having a spring clean, it may be tempting to have a clear out of your records with a bonfire.  But if you are subject to a tax enquiry from HMRC that is often unwise, particularly if you destroy records after receiving a Schedule 36 Notice.  You will not be the first taxpayer to burn their records, but it will without doubt be viewed unfavourably by HMRC in the context of their enquiry. 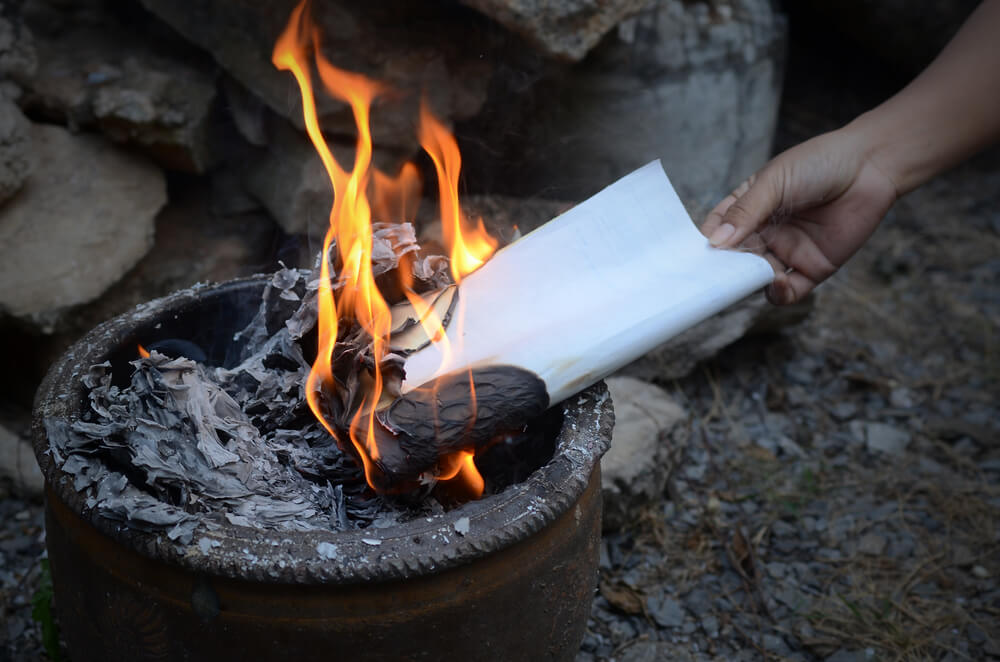 What’s the alternative to a Schedule 36 Notice?

The alternative is to instruct a tax investigation specialist. They will contact HMRC on your behalf in order to clarify the issues, and if possible, to define and or limit the scope and parameters of the investigation. HMRC may request disclosure of large quantities of documents. Your advisor is there to ensure that you only have to provide that which is reasonable and necessary to deal with the specific issues in hand.  By taking this approach, it is usual to build rapport with the HMRC officer and a collaborative approach to resolving the concerns of HMRC.  This may often include agreeing a longer period in which to provide the information requested, allowing you greater time to gather and review information.

Giving yourself a fighting chance

If you are the subject of a tax investigation, it is important to seek advice as early as possible. An experienced tax investigation specialist can save you valuable time and money, and in many cases, may be able to bring the investigation to a swift and satisfactory close.

The Remittance Basics for Non-Doms

We use cookies to ensure that we give you the best experience on our website. If you continue to use this site we will assume that you are happy with it.Ok